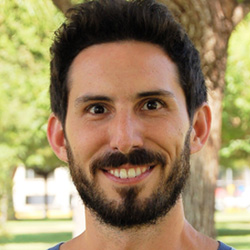 Dr. Fidel Toldrá Reig graduated in Chemical Engineering at the University of Valencia in 2013 (extraordinary degree award). He also received the award of the Valencian Society (Colegio Oficial) of Chemical Engineers to best graduation record and the award of Generalitat Valenciana to Academic Excellence. His graduation project was supervised by Prof. José Manuel Serra Alfaro as part of a collaboration between the Instituto de Tecnología Química (ITQ-CSIC) and the multinational company Sensata Technologies B.V. The work was performed in Sensata Techonology B.V. facilities in the Netherlands, developing solid-state ceramic-based electrochemical sensor for detection of hydrocarbons in car exhaust gases. This led to the opportunity to continue the project during his PhD (Polytechnic University of Valencia, UPV) at the Instituto de Tecnología Química (ITQ-CSIC) under Prof. José Manuel Serra supervision with a pre-doctoral grant (FPU) awarded by the Spanish Ministry of Education and Science. During his PhD, he developed new solid-state devices for sensing purposes as well as for other energy-based devices such as fuel cells, electrolyzers or ionic membranes. This comprised the synthesis and sinterization of materials and the fabrication of the devices as well as its electrochemical and structural characterization allowing him to master several techniques for the fabrication and characterization of advanced ceramics in the field of energy. As part of his PhD, he did a 3-month research stage at the Department of Materials in the Imperial College of London, working with FIB-SIMS and LEIS techniques.

He completed his PhD with honours in 2018 and continued for a few months at ITQ as a postodoctoral researcher working on the development of thin films oxides for application in ionic and protonic membranes (GoPHyMiCO project). In 2019, he joined the Laboratoire des Matériaux et du Génie Physique (LMGP-CNRS) as a postdoctoral fellow working in the FET Open project ultra-versatile Structural PRINTing (Sprint). This project merges the spatial Atomic Layer Deposition technique with an in-situ laser treatment to tune the material properties. This work involves the deposition of thin films of several oxides with different properties and onto different substrates for diverse applications such as energy-based applications (photovoltaics, fuel cells, etc), electronics, optoelectronics and sensors, among others. This work also involves the thermal laser treatment of the films to tune the properties and the crystallinity of the deposited samples.

Much of the work He has published several papers in high impact scientific journals and has disseminated his work in several well-known national and international conferences. He also collaborates in dissemination activities in schools during his PhD at the ITQ-CSIC in the past and currently at CNRS. He has been a member of the organization committee of two summer schools: “Inorganic membranes for green chemical production and clean power generation” in 2013 (UPV, Valencia) and “Ionic and protonic conducting ceramic membranes for green energy applications” in 2015 (UPV, Valencia). He is a member of Sociedad Española de Cerámica y Vidrio and Société Chimique de France. 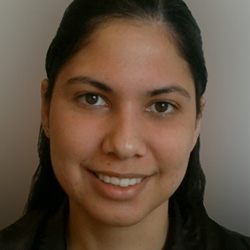 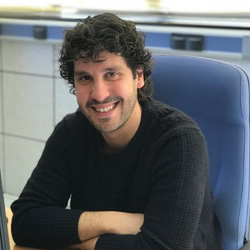 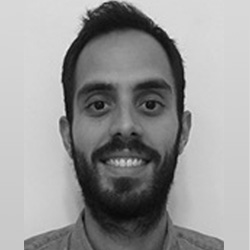 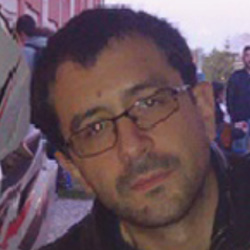 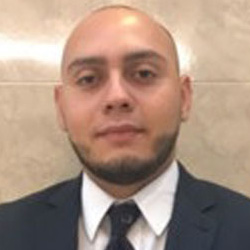 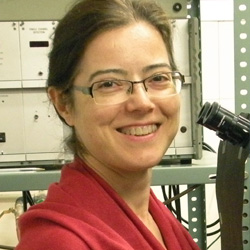